This month’s installment of “Algonquin Appraisals” brings you everything from Gold Rush trivia to an unexpectedly valuable sewing chest. If you’d like your own treasures appraised, shoot me an email at brittany AT algonquin DOT com for more details.

Algonquin: I found this unusual coin while going through my grandfather’s possessions. It’s1.25 inches in diameter and looks like gold, although it doesn’t seem heavy enough to be pure gold. The writing on the front reads “1839-1939” and the back reads “Sacramento Sutter’s Fort Golden Empire Centennial.”

Emyl: Many centennial celebrations commemorate the occasion by minting a souvenir metal or “coin.”  That’s just what the Sacramento Sutter’s Fort committee did in 1939.  Sutter’s Fort, an agricultural settlement was founded in 1839 by John H. Sutter, and as such was an important site in California’s early days.  One of the men Sutter hired to help with building at the fort was a carpenter, John Marshall.  It was on January 24, 1848, while

constructing a sawmill, that Marshall came upon a mineral “very bright and brittle; and gold, bright, yet malleable,” and, as they say, the rest is history. The Gold Rush was on.  Because these sorts commemorative metals are plentiful, they have more historic interest than monetary value—which is usually just a few dollars.

Algonquin: This glass pitcher is at least 125 years old. It has an etched floral design. In addition, it has my great-great grandmother’s name inscribed on the front: “Mrs. W.S. Heck.” What would this item be worth today?

Emyl: During the turn-of-the-century era, wheel-cut etched glass decorated with ferns and flowers, insects and spider webs, even mythological scenes and historic figures, was all the rage.  Factories from Austria to America turned out beautiful tableware—from pitchers like yours to candy dishes.  Just as silver was engraved to show pride of ownership, or to celebrate a birth or anniversary or special event, so were prized glass pieces.  Having your great-great-grandmother’s name so immortalized certainly adds to its value in your family.  But this could detract from its retail value in an antique shop.  Pitchers similar to yours, but without a name, generally sell in the $50-$150 range depending on size and condition.

Algonquin: My grandmother’s wooden sewing cabinet recently resurfaced in a family member’s attic. It is 15.5″ x 35″ x 29.” It has glass fronts on about half of the doors and is in very good condition.

Emyl: Your very attractive sewing cabinet appears to have a combination of drawer fronts:  some burl wood, some glass, and some with lettering, such as “cotton.”  The wood appears to be walnut and the knobs are also appropriate to the 1890ish period. And I wondered if any of the drawers retail dowels on which spools of threat could be arranged and organized? All in all, the size of your cabinet, the quality of the wood, and its appearance in the photograph suggest that it may be worth more than you might imagine.  In the right market, if it is as it appears, it could well be in the $2,000-plus range.

Algonquin: I have a vase made by the Rosewood pottery company in Cincinnati, OH. Approximately 7.5″ high. The body of the vase is covered in a raised design of horses under cracked, green glaze. The marking on the bottom reads: “XLV 6889 50.” Can you tell me anything about when the vase was made and its value?

Emyl: Actually, your vase was made by the Rookwood Pottery Company, the famed Arts and Crafts pottery.  There were three highly esteemed pottery companies in Ohio at the turn-of-the-century: Weller, Rookwood, and Roseville.  It’s easy to see how the similar names “Rookwood” and “Roseville” could be meshed into “Rosewood,” so don’t feel bad about this misnomer.

It is your vase’s style, as well as its mark—a backward ‘R’ joined to a ‘P’ and surrounded by flame-like rays—that clearly identify it as Rookwood.  Early in the 20th century, Roman Numerals were added beneath the Rookwood mark on each piece to identify the year it was made, as well as numbers, which identified its shape. Numerous articles and books have been written about the famed and popular Rookwood pieces, but a quick resource for more information is their website, www.rookwood.com, and for more information on how to date Rookwood pieces see www.artpotteryblog.com/art_pottery_blog/2007/11/rookwood-potter.html.  There you’ll learn that your very attractive vase was made in 1945.  Today its value would fall in the $125-$200 range, while smaller vases in that style and color would be around $75-125.

Emyl Jenkins is a longtime antiques appraiser. She has worked at two auction houses and has written numerous books and articles on antiques and is the author of the Sterling Glass mysteries The Big Steal and Stealing with Style. She lives in Richmond, Virginia. If you (and your book group) can’t wait until next month’s installment, Emyl Jenkins is “touring” book clubs across the country via Skype. If your group would enjoy a “virtual visit,” just e-mail EmylJenkins AT emyljenkins DOT com and write in the message line “club visit.” 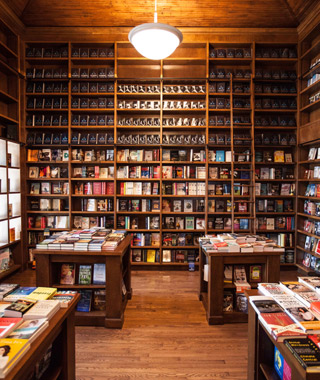 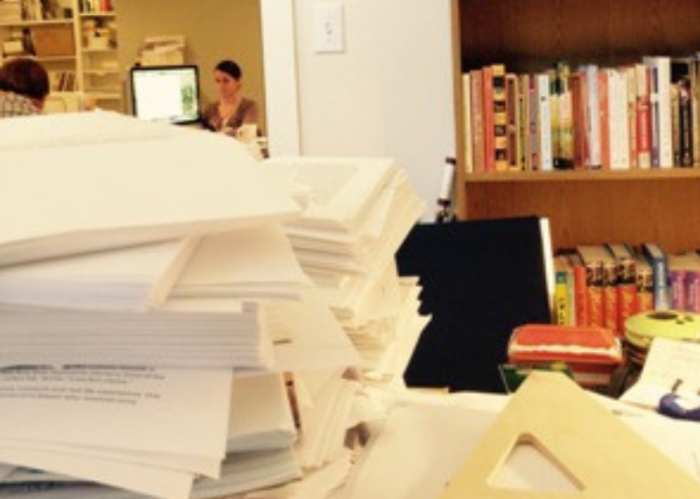