In honor of Presidents Day and bestselling author Louis Bayard’s latest novel, Courting Mr. Lincoln—about a young Abraham Lincoln—Algonquin Books, HarperPerennial, and William Morrow are offering you a chance to win a set of three books by Bayard: 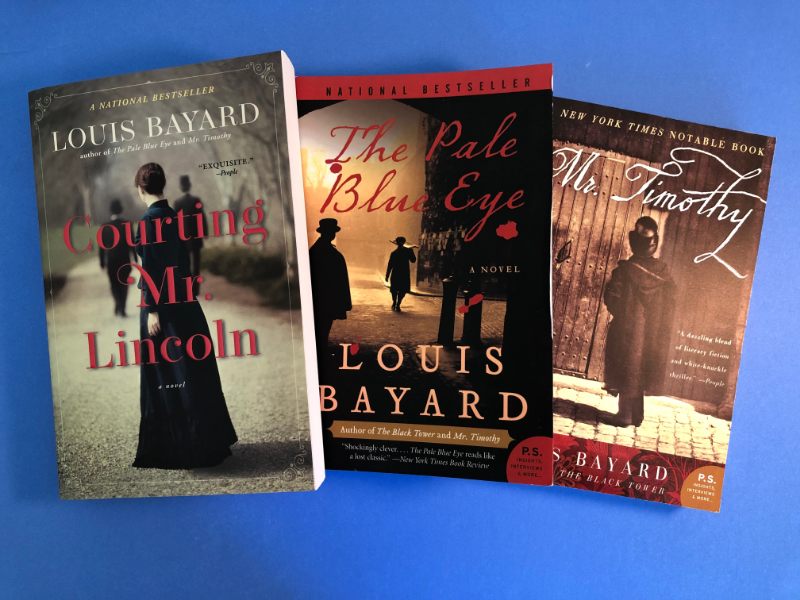 A page-turning novel about the brilliant, melancholic future president and the two people who knew him best: his handsome and charming confidant (and roommate), Joshua Speed, and the spirited young debutante Mary Todd. When she meets him in the winter of 1840, Lincoln is on no one’s short list to be president. A country lawyer living above a dry goods shop, he is lacking both money and manners, and his gift for oratory surprises those who meet him. It’s not long, though, before Mary sees the Lincoln whom Speed knows: an amiable, profound man who, despite his awkwardness, has a gentle wit to match his genius, and who respects her keen political mind. But as her relationship with Lincoln deepens, she must confront his inseparable friendship with Speed.

Courting Mr. Lincoln creates a sympathetic and complex portrait of Mary unlike any that has come before; a moving portrayal of the deep and very real connection between the two men; and most of all, an evocation of the unformed man who would grow into one of the nation’s most beloved presidents. Louis Bayard, a master storyteller, delivers here a page-turning tale of love, longing, and forbidden possibilities.

Pale Blue Eye: This national bestseller is an ingenious tale of murder and revenge at West Point, featuring a retired detective and a young cadet named Edgar Allan Poe.

Augustus Landor—who acquired some renown in his years as a New York City police detective—is called in to discreetly investigate. It’s a baffling case Landor must pursue in secret, for the scandal could do irreparable damage to the fledgling institution. But he finds help from an unexpected ally—a moody, young cadet with a penchant for drink, two volumes of poetry to his name, and a murky past that changes from telling to telling.

Mr. Timothy: A different kind of Christmas story featuring a grown up Tiny Tim, this breathless flight through the teeming markets, shadowy passageways, and rolling brown fog of 1860s London would do Dickens proud for its surprising twists and turns, and its extraordinary heart.