Lewis “Buddy” Nordan, a beloved Algonquin author whose work includes Music of the Swamp, Wolf Whistle and Boy With a Loaded Gun, passed away on April 13. Today, Marketing Director Craig Popelars shares his memories of working with Buddy.

The last place I expected to see Lewis (Buddy) Nordan was on an early morning trail run last Saturday, and to be honest, I didn’t recognize my friend at first. I was three miles into the run, descending down a series of ankle-biting switchbacks that bottomed out at the Little River, when a huge turkey buzzard suddenly rose up from the trail and ascended onto a lower branch of an oak. It was one of those near-miss collisions that makes you feel that your heart resides not in your chest but rather in the narrowest part of your esophagus. Stopped dead in my tracks, I looked up at it with a “What the hell was that all about?” expression, but the buzzard’s only response was his unnerving stare.

Now I’ve encountered many critters on my trail runs: deer, herons, copperhead snakes, red squirrels, barred owls, coyotes. But a lone buzzard deep in the woods, with no apparent carcass to feast on, struck me as strange. On roadsides they congregate around dead animals like frat boys around a keg, drunk and bloated on entrails and sinew. This one, this loner, well, I’ll just say he was an odd bird and I gave it no more thought–until later that day when a friend called to tell me that Buddy had died.

I once accompanied Buddy to a reading in Minneapolis where he was the “warm-up act” for Dorothy Allison. The venue was packed with Allison’s fan base which, from the look of the crowd, she shared with the Indigo Girls. I was convinced that the audience would stone him with silence, but what happened was like witnessing–not just believing in–transubstantiation. Buddy commanded the audience like a manipulator works a marionette. They were convulsed with laughter one minute, crying the next, randomly applauding, and left gasping like a school of bass out of water—big-eyed and slack-jawed in astonishment. I swear, if Buddy had asked them to all open their wallets and write him big fat checks they would have done it. Dorothy greeted Buddy as he walked off stage with a big embrace and asked, “Now, how the hell do you expect me to follow an act like that?” I would witness performances like this over and over again during the years we published Buddy, and like his audiences, I was left mystified, baptized, and saved.

Reading Lewis Nordan is an act of defiance. His stories are swollen with life, death, and a deep love of the Delta and its people. He was a writer who simultaneously kept a reader’s heart and head in his cross-hairs. He was confident with his aim, knew when to pull the trigger, understood the trajectory, and he cared deeply for each of his victims. Buddy was an amalgamation of Flannery O’Connor, Lenny Bruce, Pinnochio, and Houdini. If there was an opportunity to dance, peek up a girl’s dress, throw M80 fireworks off a front porch, or run bare-assed through a hotel lobby you could count on Buddy’s participation. He was that hole in heaven where some sin slips through.

I’m not one to believe in the visitation of spirits, but I’m pretty damn convinced that it was Buddy who surprised me in those woods that morning. As frequently as buzzards appear in Nordan’s work, Buddy as a buzzard in death makes sense. So there he is: soaring solo on the thermals, watching patiently as stories unfold of on Earth. When he’s ready, he swoops down to consume them and then to lift them skyward. If he were alive, he’d probably kick my ass for believing such shite, and kick my ass a second time for actually sharing it with you. But when I told the story of my backwoods encounter to Buddy’s editor Shannon Ravenel, she wasn’t shocked. “You know,” she replied, “the day Buddy died I was at a restaurant where they had filet of baby llama on the menu–a first in my experience. I ordered it in Buddy’s honor.”

Back in print: Big Fish by Daniel Wallace 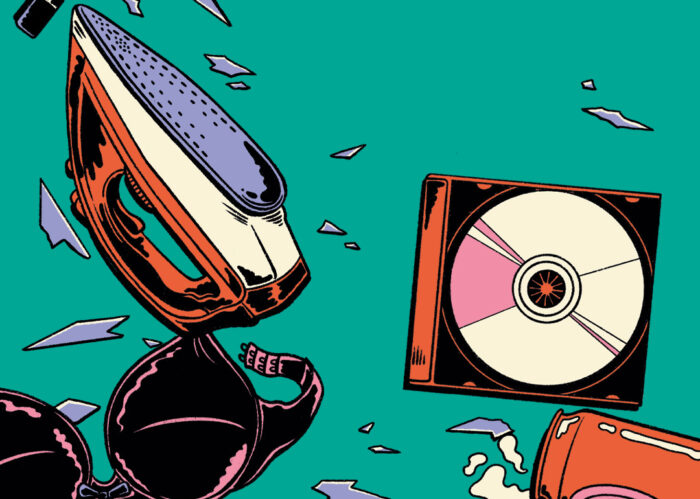 3 comments on “In Memory of Lewis "Buddy" Nordan”