Intrepid former Algonquin intern David Bradley and his trusty sidekick, Lucky the Leprechaun, hit the road for a tour of (almost all) the coolest, hippest, greatest indie bookstores in the United States. Join us for the journey…

SAN FRANCISCO, California — If you’re looking for fun in San Fran, there are plenty of options. Restaurants, bars, the amazing Golden Gate Park. Even the public transit was fun. With trolleybuses hooked onto wires overhead and streets tilted nearly vertical, you really feel like you’re on a ride when you’re simply going from point A to point B. But the most fun I had was at Green Apple Books. There are two things that you won’t be short on when you visit Green Apple: books and smiles.

Green Apple has almost as much energy as it does books. People are selling used books; people are buying new books; people are calling in, walking around, reading in a corner and just generally having a blast. The store has a clever layout that is perfect for book fiends

looking for an excuse to sit in a bookstore. It’s a labyrinth of stairs and bookcases, walls and steps. And, if you’re like me, a bookstore labyrinth is a wonderful gift. All you have to do is ignore the obvious signs pointing you toward the register and the entrance, and (oh no!) you’re trapped in the happiest bookstore around! I guess you’ll just have to read your way out…

Co-owner Kevin Ryan sat down to answer the Algonquin Questionnaire.

When did Green Apple Books open?

The store first opened in 1967. It was a tiny store at first, but it kept growing and growing, which is why it has so many different areas now.

What is Green Apple Books named after?

What is the oddest non-book item that you sell at Green Apple?

We sell these finger monsters that I think are hilarious and are completely random. They really don’t serve a purpose or have a secondary use, just finger puppets of monsters.

I love Robert Olmstead‘s writing and I’m a big fan of his past three books, although my favorite is Far Bright Star. This summer, I’ve really enjoyed The Son by Philip Meyer.

Is there a staff cocktail of choice?

Honestly our staff’s tastes are all over the map. But, we found a solution. We just keep a fully stocked bar around.

What is the strangest thing that has happened during your time at Green Apple Books?

The day that I remember most vividly is when Robin Williams and Dave Eggers were both in the store at the same time. Apparently they are both huge fans of each other and were kind of starstruck. Eventually they gathered up their courage and had a nice conversation for a while.

*Note: The Lucky Tour posts are not in real time. David and Lucky have returned from their travels with great tales and many, many books. Stay tuned for more road stories… 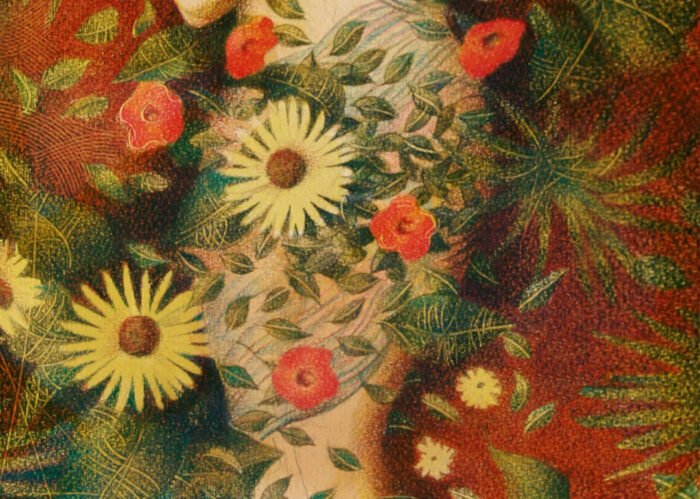